The first Dennis Eagle ProView will go to work in New York City as part of the bid by Century Waste Services to further improve safety in the city’s refuse collection operations. 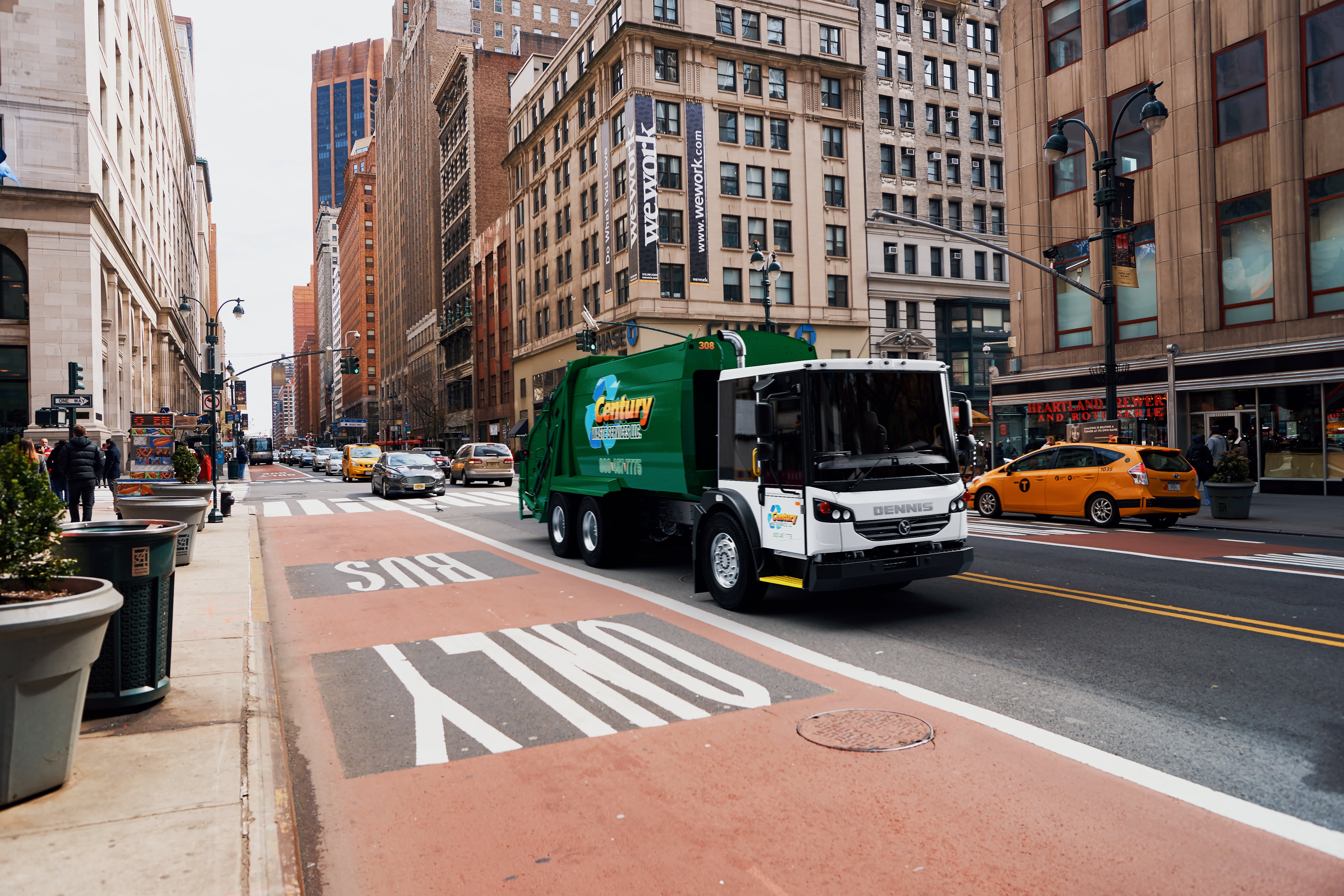 The new refuse vehicle provides the best direct vision in the industry, helping drivers see pedestrians, cyclists, vehicles, and any obstacles on the roads around them more easily than ever before.

It also features a low-entry walk-thru cab which makes entering and exiting the vehicle safer.

Century Waste owner and founder Marc Savino said: “Historically, cab-over-engine trucks have been used in New York City because they provided better visibility for the driver, resulting in better safety. But the ProView has the engine behind the cab which enables it to have even larger, more panoramic windows all around the cab.

“These provide a much better field of view which significantly improves visibility and advances safety even more. It also means there is far more room and comfort for drivers.

“It marks the next step forward in the design of sanitation and recycling collection vehicles, and this super-safe vehicle won’t just benefit us, Century Waste, but everyone using the streets where we operate.

“I also love the easy in-and-out for the driver and helper. Because of the lower entry, there is less strain on our employees, reducing the likelihood of slips or falls.  It enables the workers to walk straight out on to the curb. And crews will really appreciate the comfort and spaciousness of the cab and ease of getting to the back of the truck to do the loading.  It shows their welfare is really important to us.

“The dealership we bought it from, Allegiance Trucks of New Jersey, is based just down the road from us which makes it very convenient for maintenance.

“And while Dennis Eagle trucks may be a new name in North America, what sold it to me was that it uses the parts we are already using in other trucks – the Allison transmission, Cummins engine, Dana axles and Hendrickson suspension. We’ve test-driven the vehicle and we’re very happy with what we found.”

The ProView is made specifically for waste collection operations in the North American market. It is built in a dedicated plant in Summerville, SC, by Dennis Eagle, the world leader in the design and manufacture of refuse vehicles and part of the Terberg Environmental Group.

Century Waste Service’s first ProView will initially operate in Manhattan, Brooklyn and Staten Island, but Mr Savino explained the company is among the bidders for New York City’s Commercial Waste Zones which are planned to be introduced later this year.

“The safety of the public and our employees has always been of paramount importance to us, just as it is with New York City’s agenda.  With the increased visibility sight lines of the ProView, Century will be the premier safety related hauler in the City.  Hopefully, the City will like what they see!” said Mr Savino.

“If all goes well with our first ProView, we’ll be looking to buy more and they’ll become a familiar sight throughout New York’s boroughs.”

“Their combined residential and commercial business on both sides of the Hudson River, along with their forward-looking approach to equipment technology, will lead to opportunities going forward for both of us.

“The innovatively engineered ProView chassis is poised to become a market leader in waste removal and Allegiance Trucks is in a unique position to bring that innovation to waste removal companies stretching from North-Eastern New Jersey all the way up to Maine.” 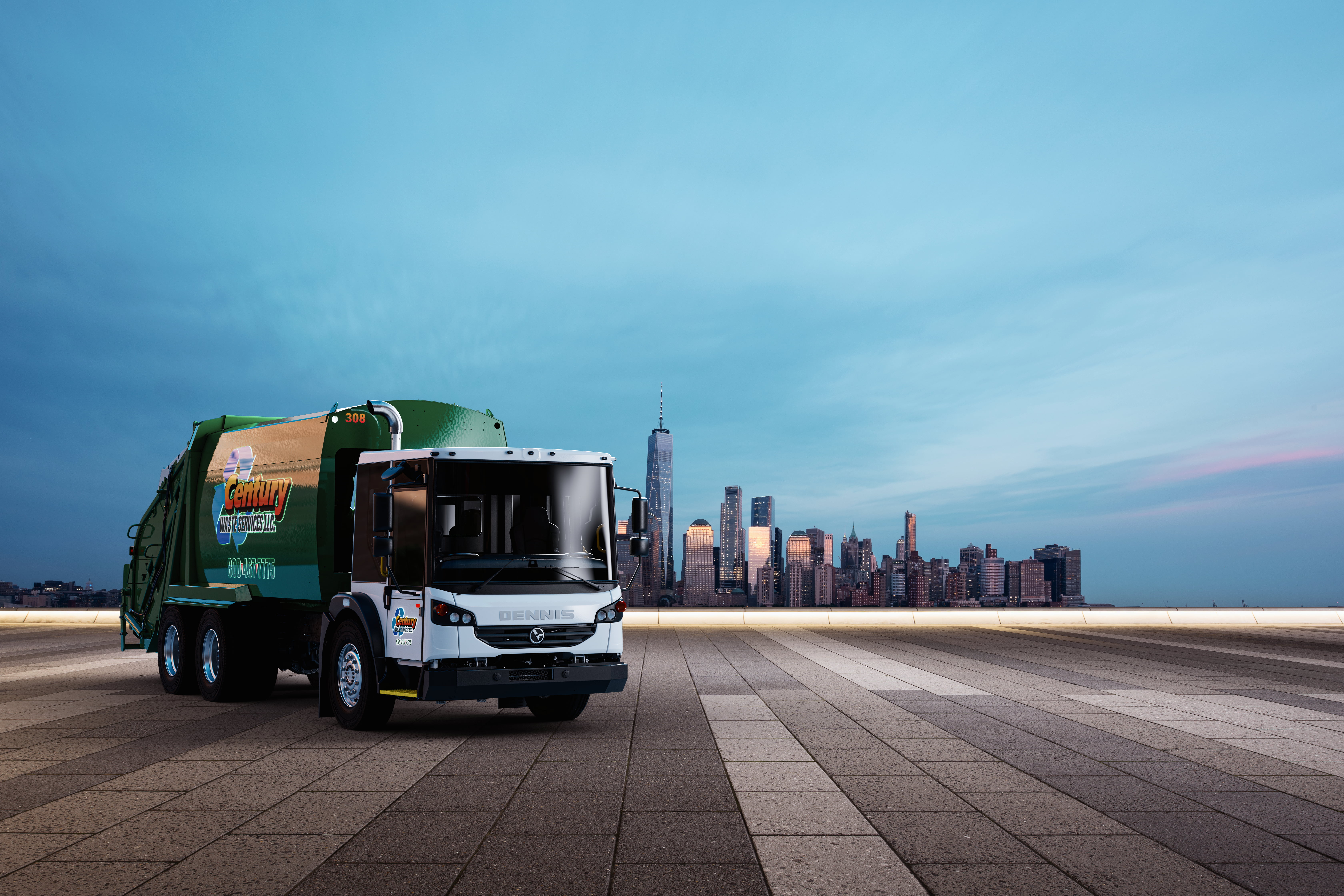